What does OHAL (state of emergency) mean in legal terms in Turkey?

A state of emergency (Olağanüstü Hal – OHAL) ‘all across the country’ has been declared for the first time in Turkey. OHAL give the administration the opportunity to restrict basic rights and freedoms as it wishes, with the excuse of ‘security concerns’. 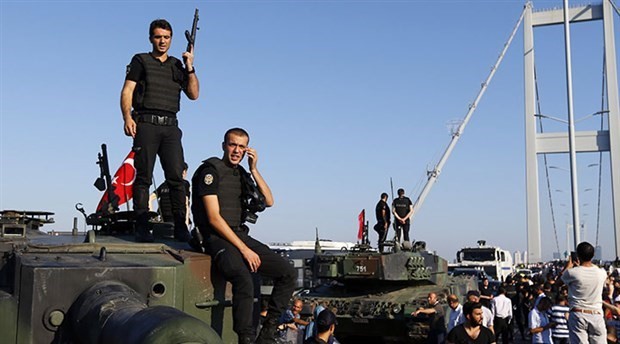 OHAL, which has been defined by President Erdoğan as ‘serving for the purpose of democratization’, has been declared all throughout Turkey for the first time in the aftermath of the July 15 coup attempt. Enabling the executive body to take broad actions, OHAL also provides an opportunity for the administration in restricting rights and freedoms for the sake of ‘security.’ During OHAL processes, the enactments passed at the Parliament play a critical role. Though OHAL is for now declared for 3 months, the law allows the government to extend it, through legislation at the Parliament, for a maximum of 4 more months each time it wishes to. OHAL was implemented on 19 July 1987 during the former administration of Turgut Özal over 14 eastern and southeastern provinces; and, it was extended 46 times and was eventually lifted on 30 November 2002.

Below are meaning of OHAL in Turkey, in five questions:

1- Under what circumstances is OHAL declared in Turkey?

According to the 119th and 120th articles of the Constitution, the government has the authority to declare OHAL. It can be declared in cases of natural disasters, epidemics, severe economic depression, and massive violence. The Council of Ministers convene under the leadership of the President, with the participation of the National Security Council, to decide on it. Once the Council decides for declaring OHAL, it is proposed for Parliamentary approval. It could be declared for a maximum of 6 months at each legislative approval process.

Turkish Grand National Assembly has the authority, under the 121st article of the Constitution, to extend it for a maximum of months if the emergencies continue.

3- How does the process work?

91st article of the Constitution gives authority to the Council of Ministers to pass a ‘statutory decree’ during OHAL. The legislative function of the executive branch is enhanced during OHAL through such decrees. The related article (91st) of the Constitution reads as: ‘The basic rights, individual rights and obligations, which are indicated in the first and second sections of the 2ndpart of the Constitution, and, political rights and obligations, which are stated in the fourth section, cannot be regulated through statutory decrees.’ However, prior to this part of the article, the exception to these items is stated as: ‘except under Martial Law or State of Emergency.’

4- What are the prohibitions and restrictions that could be implemented?

The 9th, 10th, and 11th articles of the Constitution designate the prohibitions and restrictions that could be implemented during OHAL. Those are as the following: 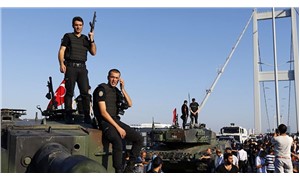 Duration of keeping in custody will be extended

Duration of arrests: According to the 19th article of the Constitution, under ordinary conditions, a person taken into custody or arrested must be taken to a court for a trial within the next 48 hours of the arrest, not including the time of transporting the arrested person to the nearest courthouse. In arrests involving multiple people, this duration is maximum of 4 days. However, the same article also has a clause on OHAL times, where it is said that duration of arrests can be extended; additionally, there is no other law that indicates any limitations or rules to these extensions.

Prohibition and restrictions on going out: People’s rights to assemble and gather at certain places at certain times or to drive can be prohibited or restricted.

Security search: People could be searched and their belongings that could be seen as evidence can be taken away.

Arms: Carrying arms or bullets, if even they are registered, can be prohibited.

Intervening with media: Reproduction, publication and distribution of newspapers, journals, brochures, books, flyers, posters, and the like, can be prohibited or restricted. Verbal, written, visual communication tools, such as films, cassettes, voice-recorders, audio-tools, etc. can be monitored and prohibited. Stage performances and screening of films can be monitored and prohibited. Assembling and demonstrations can be postponed, prohibited, or restricted based on permission. Organizations’ activities can be suspended, through separate decrees for each organization, for maximum 3 months; or, can be terminated through a decree.

5- What’s the difference between OHAL and Martial Law?