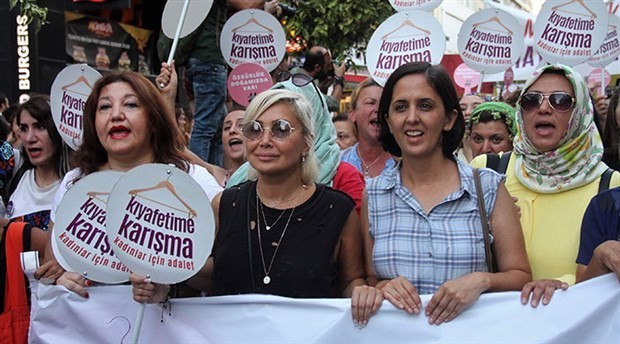 Hundreds of women in Turkey gathered in İstanbul’s Kadıköy on Saturday (July 29) to protest the increased violence against women across the country. 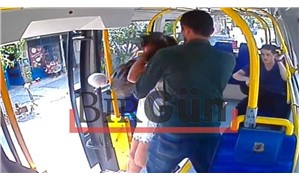 Within the past few years, a number of incidents where a woman was attacked by strangers on the street, mostly in public, for their way of dressing, took place.

Participants of the march on Saturday carried short denim shorts on sticks, along with placards that read ‘don’t mess with my outfit’, while at the same time chanting ‘we won’t be silenced; we won’t obey’. 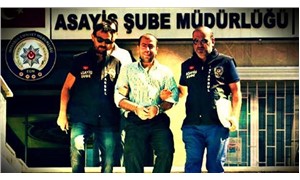 Woman attacked for wearing shorts: attacker in custody and issue taken to the Parliament

Drawing attention to the increased threats towards women’s rights and freedoms under the current AKP government, the representative speaking on behalf of the women’s rights groups, Dilber Sünnetçioğlu, named the several women who were targeted and attacked for the way they had dressed and reminded that such violence is being triggered by statements given by public officials and their supporters that justify such acts.

Previously, public figures known for affinity with the government had several times made statements on national TV shows , demanding women to be more conservative especially in public. Asking pregnant women to stay at home; asserting women should not laugh loudly in public; and, claiming a woman who is dressed in a revealing way calls for harrassment are among the many examples to such disturbing remarks.