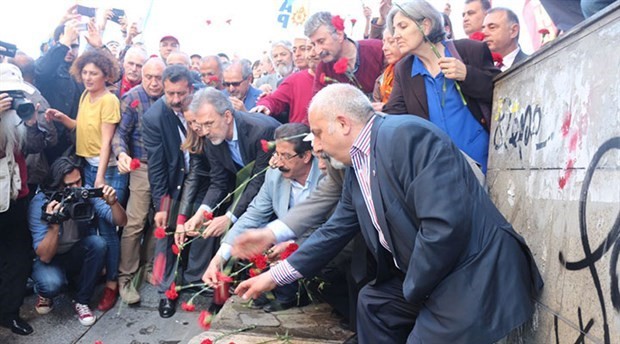 On the 40th anniversary of the Bloody May Day, the 37 people who were massacred in İstanbul’s Taksim Square on May Day were commemorated.

As Taksim will be closed to assembling on May 1st, a gathering in the square was held on Saturday (April 29) with the call of Confederation of Progressive Workers’ Unions (DİSK), Union of Turkish Engineers and Architects (TMMOB), and Turkish Medical Association (TTB). Along with members of the public, representatives from political parties – EMEP, ÖDP, HDP, and CHP – participated in the commemoration ceremony.

The group drew attention to the fact that the murder of the 37 workers still remains unsolved after four decades and gave a message, both in Turkish and Kurdish, of solidarity among people. Objections to the controversial presidential system and other anti-democratic practices that the current government has been leading were also expressed in the meeting.

Representatives of the organizers of the ceremony gave short speeches where they called on a united stand against the ongoing oppression and exploitation in the country.

Head of DİSK, Kani Beko, also pointed out the most recent ban on assembling in Taksim Square on May Day, saying: “Our worker friends who were massacred in the year of 1977 are buried in the hearts of millions…But those who ban Taksim for workers will be buried (in their graves) lonely just as Kenan Evren. Despite all our efforts, they (the current government) have closed Taksim to workers this year, too.” 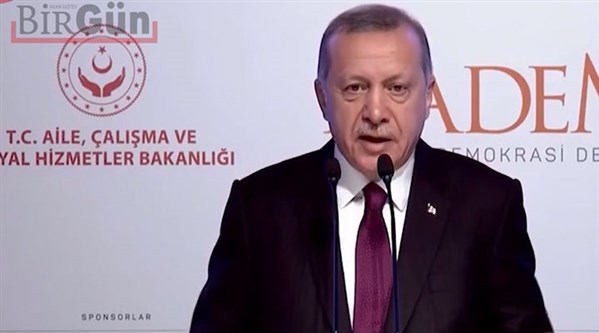