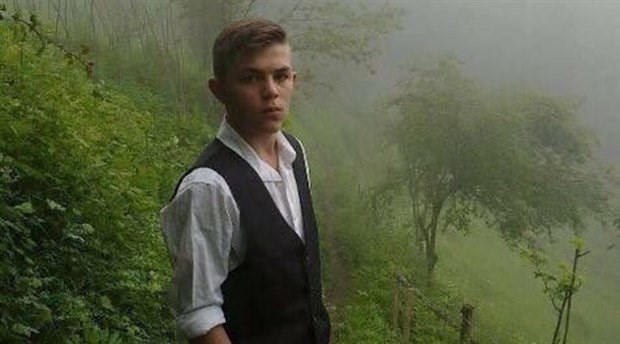 On Friday (August 11), a clash between Turkey’s armed forces and the outlawed Kurdistan Workers Party (PKK) in Maçka district of the Black Sea province of Trabzon caused Gendarme Sergeant Ferhat Gedik and 15 year old Eren Bülbül to get killed.

Two officers were injured and taken to the hospital.

According to reports, the operation of the security forces at a house in Maçka was launched after 15 year old Eren Bülbül had informed the officers that a group of PKK militants were breaking into a house in the neighborhood.

The killing of 15 year old Eren Bülbül was strongly condemned by the public and politicians both from the government and the opposition.

Family members of Bülbül had a breakdown in front of the hospital where he was taken as injured.

According to reports of Turkey’s Posta, some of his family members reacted against the security forces in anger questioning ‘how possibly a 15 year old could be taken to a site of an operation’.

Sharing a message of condolences from his official Twitter account, chair of the main opposition CHP, Kemal Kılıçdaroğlu, referred to the murderers of the 15 year old and wrote: “You are as low as being capable of firing a bullet at a 15 year old child! I wish the blessing of God upon Eren Bülbül and Ferhat Gedit, who have been martyred as a result of the malicious terror attack”.

Kılıçdaroğlu called the family members of Bülbül later during the day on Saturday.

Serpil Kemalbay, co-chair of Turkey’s second largest opposition party HDP, released a statement extending a message of condolences to the family of Bülbül. “It is unacceptable for a 15 year old child to be dragged into a zone of clash. We condemn those who are responsible for Eren Bülbül’s loss of life... We are going to continue, in determination, to build peace and democracy. And, we are going to continue our efforts for the days when the words ‘death’ and ‘child’ do not come next to each other.