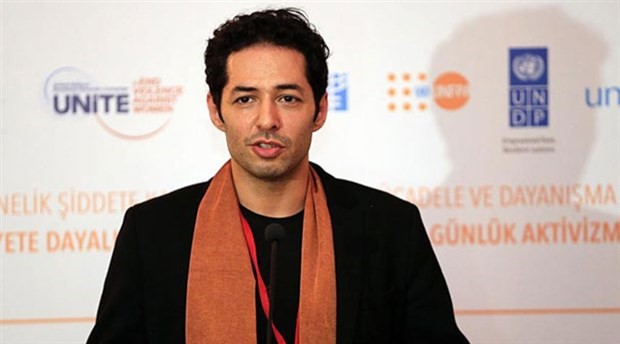 Fırat, best known for his starring roles on Başka Dilde Aşk and Atlıkarınca, said he would focus on raising awareness and support for the Sustainable Development Goals.

Also known as the Global Goals, they are a universal call to action to end poverty, fight inequality and stop climate change.

“My main mission as UNDP Goodwill Ambassador will be to raise awareness and support for the Global Goals for a better future for all, which cannot be achieved without empowering women and protecting our planet,” said Mert Fırat at a press conference held in Istanbul.

“We are delighted to team up with Mert Fırat. His energy and commitment will help us amplify the urgent and universal message of the

Sustainable Development Goals. We welcome Mert’s support to ensure that as many people as possible in Turkey know about the Goals, and can take action to help make our planet a better place for all,” said Irena Vojackova Sollorano, UN Resident Coordinator and UNDP Resident Representative in Turkey.

Mert Fırat has been working with the UNDP Turkey in the last couple of years for various occasions, such as attending Social Good Summits of 2015 and 2016. He also actively participated in the “Talk for Equality” event, which promoted Gender Equality in Ankara. During the next two years, he will be attending several UNDP events and meetings, and advocate the Global Goals in his work.