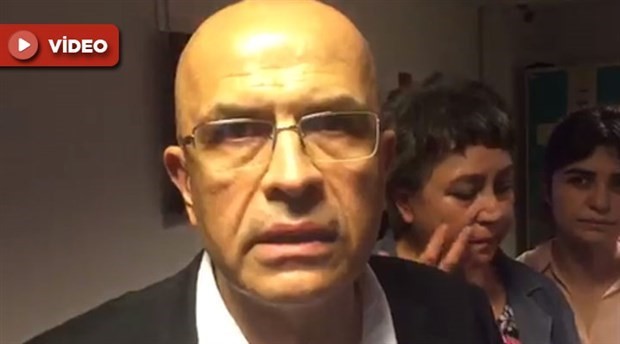 On the 6th hearing of the case on the MİT (National Intelligence Organization of Turkey) trucks, judge first sentenced Berberoğlu to life imprisonment over accusations of ‘political and military espionage’ and ‘support to Fethullahist terrorist organization (FETÖ)’ and then lowered the jail sentence to 25 years.

Journalists of Cumhuriyet newspaper Can Dündar and Erdem Gül are also suspects of the case.

After the court issued a warrant of arrest against the CHP lawmaker Berberoğlu, the MP gave a statement to Bianet and said: ‘This is the illegal justice of the new Turkey. This is what happens when those who had been together, day and night, with FETÖ members become judges!’

In a brief video footage recorded at the court house after the decision, Berberoğlu said: ‘We used to come here (to the court house) for the victims. Now, we’ve come for ourselves. They (officials) have created this victimization out of something that did not happen. Shame is on those who’ve done this!”

"This is a decision given to intimidate the opposition," said Altay and added that 'neither CHP nor others who are against the dictatorship will allow this beutiful country to become the farm of the dictator.'

Altay continued with the following remarks: "Recep Tayyip Erdoğan will be tried at international courts as a war criminal. Erdoğan should not forget that this nation and CHP will not let him get away with the things he has done."