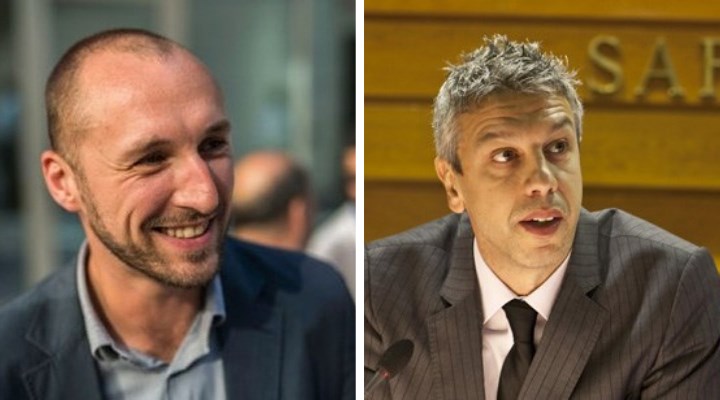 With the introduction of the Covid-19 pandemic into our lives, the struggle against increasing unemployment, uncertainty and disease continues.How did substance addictions affect this pandemic process, which radically affected many areas in our lives? What do the statistics say?

We discussed drug use and the process of fighting against drugs during the pandemic with Alessandro Pirona, Principal scientific analyst on Health and social responses at EMCDDA and Tim Surmont, the Scientific Analyst of the EMCDDA Drug Markets and Drug-Related Crimes.

1. What do recent studies tell us about drug addiction during the pandemic? How is the COVID-19 pandemic affecting people who have drug addiction habits?

A.P: Findings from the most recent EMCDDA study show that the use of heroin and other opiates remained, overall, relatively stable in European countries during and after the lockdown periods in 2020. Supporting this, to some extent, data on emergency presentations from 10 European hospitals show no overall change in the number of presentations associated with heroin between January and September 2020, compared with values observed during the same period in 2019.

In some European countries, opioid users are reported to have experienced a severe drop in their primary sources of income (including begging and sex work) and a restriction in their ability to access drugs from their usual street dealer sources. Indicative of the more urgent nature of opioid dependence, this crisis has led some heroin users to approach drug treatment services, while others are reported to have switched to using other, more readily available, or cheaper, substances.

It is worth noting that shelters continued to play a key role in accommodating homeless people, including high-risk drug users, during the second half of 2020. The prolonged winter of 2020 into 2021 was reported to have particularly affected client groups living in precarious social conditions. Many public places offering warmth and hygiene facilities (e.g., shopping centres and libraries) remained closed,or had restricted access, while shelters reached full capacity in some countries. In most countries, new shelters were established but, despite these efforts, the provision of accommodation and shelter during the pandemic remained challenging in many countries.

Among socially integrated people with a problem drug use pattern, our studies showed that those who had more frequent, or intensive, patterns of use increased their consumption of drugs, such as cannabis, especially during the lockdown period (March-May 2020). At the same time, most drug services across Europe adapted their traditional services by providing remote counselling and therapy via the internet or by phone. This allowed people with known drug use problems, or who may have developed problems during the pandemic, to access drug services remotely, despite COVID-19 prevention measures and restrictions on movement.

DRUG USE AT HOME INCREASED

2. People feel more stress in the wake of wide spread unemployment and traumatic isolation caused by the lockdowns. How did Covid-19 affect the rates of using cannabis, alcohol, sedative substance, heroin, etc?

A.P: Since April 2020, the European Monitoring Centre for Drugs and Drug Addiction (EMCDDA) has carried out three rapid assessment studies exploring the impact of COVID-19 on the drug situation in Europe. The mostrecentstudy,published in April 2020, explored the situation in the EU Member States from June 2020 to February 2021, particularly changes in drug markets, patterns of use, harms and drug services, both in the community and in prisons.

In terms of drug consumption, our findings suggest that, despite some reductions reported during the initial lockdown period (March-May 2020), in many cases levels of drug use returned to close to previous levels, as social distancing measures were eased over the summer period. With some exceptions, overall levels of availability and use for many illicit substances were relatively stable when comparing 2019 with 2020, although reports varied by substance and by country.

Our findings also indicate a reduced consumer interest in drugs usually associated with recreational events, such as MDMA, and some increased interest in drugs more associated with solitary or home use. However, the easing of restrictions on movement and travel and a return of social gatherings during the summer period in 2020 in a number of European cities was associated with a rebound in stimulant drug use, including MDMA, cocaine and amphetamine. There were also reports of increased experimentation with psychedelic and dissociative drugs, including LSD, 2C-B, ketamine and GHB.

Specific concerns were also raised about the misuse of benzodiazepines either diverted from therapeutic uses or not licensed for medical use. Increased benzodiazepine consumption was reported in a range of populations including high-risk drug users, people in prison and recreational drug users. A rise in benzodiazepines usemay be an indicator of the pandemic’s psychological impact on people who use drugs and possibly on the wider population.

In conclusion, these results provide a first glimpse into new developments emerging both during and in response to the pandemic, and which could have important implications for the future. Nevertheless, the findings from our rapid assessment remain preliminary and will require further research and confirmation from additional statistical data as these become available over time.

Tim Surmont, Scientific Analyst at the EMCDDA says that online cannabis sales increased by 27% and online platforms for drug supply at the retail level, will undoubtedly persist beyond the pandemic.

3. During the pandemic, border controls were increased and even sometimes borders closed altogether. How did this affect the rate of drug trafficking? Could Covid-19 be a potential opportunity to control drug markets?

T.S: The movement of bulk quantities of drugs between EU Member States has continued despite the introduction of border controls due to the continued commercial transportation of goods throughout the EU. In relation to cocaine, in particular, there is little evidence of disruption to activity at the wholesale importation level; however, experts in some countries report increasing prices and decreasing purity at the consumer level, indicative of localised supply shortages.Organised crime groups remain resilient and have adapted their modi operandi to the current situation, further exploiting secure communication channels and adapting transportation models, trafficking routes and concealment methods.

Available data from the latest EMCDDA trends potter study suggest that domestic drug production in the EU Member States appears to have experienced little effect as a consequence of the COVID-19 pandemic and associated control measures. According to reports from national law enforcement experts involved in this study, cannabis cultivation in European countries appears to have remained relatively stable throughout the pandemic. Furthermore, according to law enforcement sources from Belgium and the Netherlands — both major producing countries of synthetic drugs in Europe — the discovery of synthetic drug production sites remained stable during the second half of 2020. However, the trafficking routes of drugs that are commonly transported into and through Europe via land routes have experienced some disruption because of the closing of borders between countries. Cannabis resin produced in Morocco, which is typically brought into the EU via Spain and then trafficked over land into the rest of the EU, has experienced a shift towards more maritime routes. An increase in maritime seizures has also been reported for heroin, which has typically been trafficked over land via the Balkan route from the Middle East to Europe. For both cannabis resin and heroin, large seizures were reported in a number of European sea ports in the second half of 2020.

It is important to note that, in the last few years, the number and quantity of cocaine seizures has been increasing to record figures. The data currently available suggest that the pandemic has not had a major impact on this trend: while some changes have been reported in the locations in Latin America where the cocaine has been shipped from towards Europe, preliminary data suggest that the quantities seized in European ports remained high in the second half of 2020 and into 2021. For example, Germany recorded its highest cocaine seizure (16 tonnes) in February 2021 at the port of Hamburg, and a further 7.2 tonnes were seized in the port of Antwerp in Belgium in the same month.

ONLINE PLATFORMS WILL UNDOUBTEDLY PERSIST BEYOND THE PANDEMIC

4. Online shopping is increasing like never before. How does online shopping shape the drug dealings? Is it easier now to buy recreational or illegal drugs online?

T.S: Since the start of the pandemic early 2020, there have been reports that an increasing number of consumers turned to online methods to source drugs rather than buying from street dealers to cope with restrictions introduced by governments.

A preliminary analysis of a darknet cannabis market has provided evidence of increased sales activity. In the first three months of 2020, online cannabis sales increased by 27%. The revenue generated over this period fell by 17%, suggesting a shift towards an increased number of sales of smaller quantities and a decreased proportion of larger quantity sales. This is unlikely to have been a supply issue, as prices remained static for the lower quantity sales and were reduced for the larger quantity sales. This could indicate that those purchasing from online markets for re-salerestricted their activity, anticipating limited opportunities for physical distribution. The increase in smaller sales suggests that either existing cannabis buyers were stocking up or new recruits were moving to online markets to mitigate potential physical supply problems. This distinction is an important one, as a long-term impact of the current crisis could be that more cannabis users become familiar with this way of accessing these products. There appears to have been an increase in the use of encrypted communication too, posing difficulties for continuous monitoring.

Early in 2021, professionals working in drug-checking services and broader harm reduction services have raised the issue that the use of encrypted messenger services within dedicated local online communities of recreational users appeared to become more popular. Sellers operating within these groups were also reported to be using marketing techniques, such as promoting discounts and lower minimum order quantities, to increase sales.

To conclude, we can say that the shift to the greater use of online platforms for drug supply at the retail level, will undoubtedly persist beyond the pandemic. This will likely require innovation in monitoring and research methods in the drugs field to capture the ‘online dimension’ of the European drug situation.