Professor of Glasgow University, David Bhella pointed out that wearing double masks could pose a greater risk depending on the situation if not used effectively, while Professor of Geneva Univesity, Antoine Flahault stated that variants resistant to vaccines may emerge and spread. 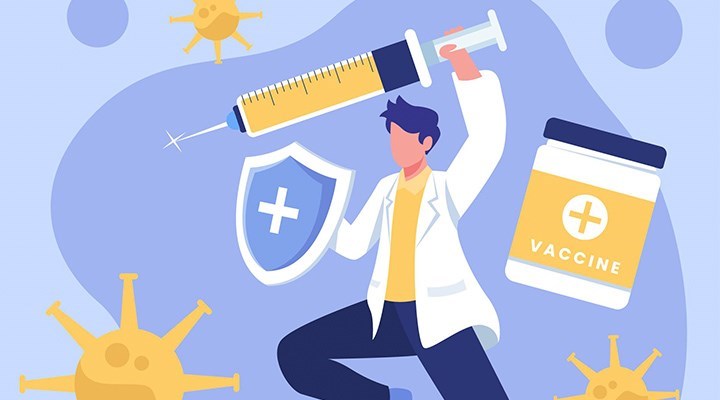 David Bhella, Associate Director - MRC-University of Glasgow Centre for Virus Research and Prof. Antoine Flahault, Director of the Institute of Global Health, Faculty of Medicine, University of Geneva have given a wide ranging interview to Birgün on ‘the reasons for the mutations emerging in the UK, how effective vaccines will be in combating the new variants, and the double masking debates’

THE REASONS FOR COVID-19 MUTATIONS

Why do you think that new mutants have begun to be detected in the UK recently? Are lockdown rules not strict enough or are these new variants to be expected due to the nature of the virus?

D.B: I would say that there are several reasons why we are aware of the emergence of new ‘variants’ emerging in the UK.

Firstly, the UK has the most coherent network of molecular epidemiologists dedicated to the study of evolution in SARS-CoV2. At the beginning of the pandemic a consortium of researchers was assembled (Covid genomics UK - COG-UK). In my own centre we have sequenced thousands of viral genomes from patients found to have the virus in Scotland and the same is true across the nation. So, we have by far the best understanding of the genetic diversity of viruses circulating in our population. For this reason we are able to identify any lineages that show mutations that may relate to enhanced transmission. 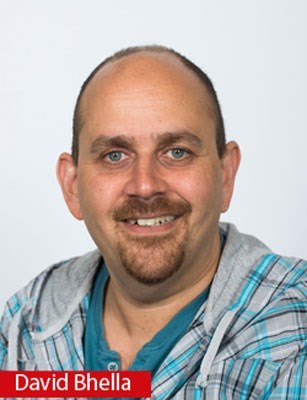 Secondly, the virus is constantly evolving, every time a virus enters a cell and makes copies of itself there will be a proportion of new viruses that have mutations. This process is essentially random and most of these mutations will have no effect or may make the virus less successful. Those viruses that are less-fit do not survive. In some cases though mutations will make the virus more fit in some way. These viruses will overtake other comparatively less-fit viruses and become the dominant lineage. So a simple factor that defines how likely new variants are to emerge in any nation is how many people are infected. Those countries that control the spread of the virus effectively will have a lower risk of new variants emerging. Those countries that are less successful at controlling virus spread will have a higher risk of new variants emerging. Related to this, is what defines the fitness of a virus? If the population has growing levels of immunity, either through a high-proportion of the populace having been previously infected, or through a proportion having been vaccinated, then viruses that are controlled by the population immunity are inherently less fit, so we create a pressure on the virus to evolve to escape the immunity if it can.

The upshot of these considerations is that the UK has both a very effective surveillance system looking at what viruses are circulating, but we have also done a poor job of controlling levels of infection in our communities. Travel was not restricted and lockdowns were applied too late in the early stages of the pandemic. Then as the virus was eventually brought under control, measures were eased too quickly, travel and social interaction resumed and as a result virus was reintroduced and began to spread again. Subsequent control measures such as tiered regional lockdowns, were not adequate to suppress virus transmission to very low levels and combined with the onset of winter, we have seen a resurgence of the virus such that infection levels have exceeded those of the first wave. So, we have a large pool of infected people in which new variants can emerge. This is not an ideal circumstance for rolling out a vaccine, it would be preferable to vaccinate against a backdrop of suppressed levels of virus achieved through non-pharmacological interventions (social distancing etc). That way the likelihood of vaccine escape variants would be lower.

A.F: Mutations are expected at each time RNA viruses replicate, so SARS-CoV-2 is expected to mutate and it did it thousands of times since the beginning of the outbreak in Wuhan. The variants of concern are SARS-CoV-2 which contain 17 to 25 mutations some of them affecting the genome region which is coding for protein Spike. They seem to increase transmission. These variants had not been seen before they were identified. It is true that they have been identified in countries which were conducting more often sequencing than others. When they have been identified in England, South Africa or Brazil, that does not mean necessarily that they have emerged in those places. 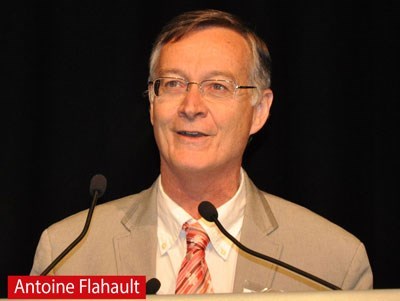 HOW EFFECTIVE ARE VACCINES IN COMBATING NEW MUTATIONS

Will vaccines protect us against this rapid mutation?

D.B: Our immunity is a complex system and while viruses may evolve to escape from some antibodies produced following vaccination, they are likely to need many mutations to completely escape. Also we have other arms to our immune system beyond antibodies. Our cellular immune response may be able to control infections, perhaps limiting the severity of disease even when antibodies have become less effective. For my part I am optimistic that vaccines will be effective at reducing severe disease and mortality, but ultimately we shall have to wait and see. Moreover the good news is that many of the technologies employed in vaccines being rolled out lend themselves to being rapidly retargeted to new strains. A second generation vaccine could be rolled out to update our protection if necessary, perhaps as early as the autumn/winter of 2021.

A.F: Up to recently there was not high pressure on SARS-CoV-2 to select mutations in its evolution because they provide escape from immunity acquired with available vaccines. The reason why is that vaccine coverage was not very high or still inexistent when these variants did emerge. It may happen in the coming months, in countries with high vaccine coverage, that such variants “resistant” to the available vaccines may emerge and spread. To date, it seems that mRNA vaccines are quite effective against those variants. There are some pending questions regarding AstraZeneca’s one, but not definitely ascertained so far.

THE DILEMMA OF DOUBLE MASKING

There is also another discussion as to whether double masking offers people more protection from Covid- 19 variants. We have even seen some politicians wear double masks recently. Does wearing more than one mask at a time make us safer?

D.B: Face coverings are just one of the many measures we can take to protect ourselves, along with social distancing, ventilation and rigorous hand hygiene. The range of face coverings available include washable fabric masks, surgical masks comprising two or three layers of material (usually including one layer of melt-blown plastic) and the more effective N95, FFP2/3 style masks used in high-risk environments. For example, my family uses washable face-masks comprising three fabric layers with a pocket for a melt-blown filter layer. I think these are a good combination of practicality, fit and protection. If going to a high-risk environment though, I would use an N95 style mask, if for example, one was to be in a confined and poorly ventilated space with people from other households. There is an important distinction here. N95/FFP2/3 masks are protective equipment, if properly fitted they can greatly reduce the risk of the wearer from becoming infected. The widespread use of fabric face coverings is intended to provide mutual protection. When wearing a fabric or surgical mask there is a small reduction in risk to the wearer of becoming infected, but a slightly greater reduction in risk of an infected wearer passing the virus to someone else - especially if both infected and uninfected persons are wearing masks.

Double masking for example, use of a surgical mask with a fabric mask, does have the potential to further reduce risk, but only if the masks can be worn effectively. They must cover both mouth and nose, and one should try not to repeatedly touch the mask. So, if double masking leads to one constantly adjusting the fit, then that might be a greater risk than a well-fitted single mask. At the outset of the pandemic, when I discussed masking with clinical colleagues some felt that the risk of misuse was greater than the benefits. Indeed we see many people wearing masks inappropriately. So, mask wearing should never be considered a substitute for social-distancing, good ventilation and hand-hygiene.

A.F: Double masking is a practice of interest which needs first to be properly assessed. We know that face masks are prone to leaks for aerosols and cannot provide 100 % risk reduction with regards with the virus transmission, so if double masking offers greater protection, it may be welcome. However, I would wait for more scientific evidence prior to recommending such practice. Sometimes such “good ideas” can be counterproductive if for example we show that people are not breathing easily and spread more often aerosols with double masking than singlemasking. Of course this is not my conclusion, it is just to illustrate that we need more research on this topic.

Class Struggle Will Have The Final Say
X