Germany’s foreign minister is demanding the European Union (EU) slashes the billions of pounds in aid it gives to Turkey which is trying to become a member of the bloc. 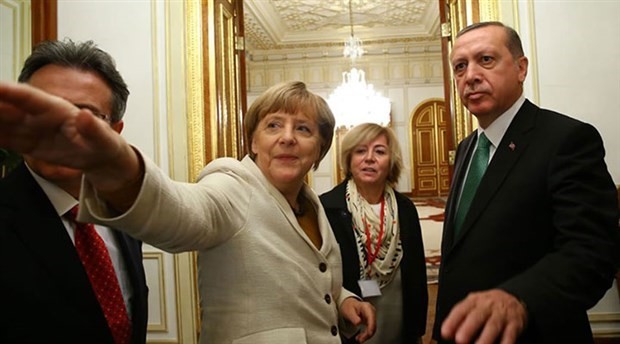 Sigmar Gabriel has written to the EU’s Foreign Affairs Commissioner Federica Mogherini accusing Turkish President Recep Tayyip Erdogan of failing to adhere to European values after a failed coup, a controversial referendum and the possibility of reintroducing the death penalty.

He said: “Recep Tayyip Erdogan’s policy is in blatant contradiction to our European value system and requires a clear response.”

In the letter, he suggested reducing pre-accession aid money for Turkey, which amounts to £4.1billion between 2014 and 2016, and to only provide funds which promote democracy and the rule of law.

This would ensure the cash “benefits Turkish civil society” and not the government, he wrote.

Mr Gabriel, who is also the German vice chancellor, went even further and said the European Investment Bank should not seek any new business deal with Turkey.

His letter lends gravitas to growing calls from Germany to stop the pre-accession funds going to Turkey.

Under EU law, any country negotiating its way into the bloc is given aid so the country can make political and economic reforms to prepare for the rights and obligations which come with EU membership.mleaving at least 104 dead and mor500

This includes providing citizens with better opportunities and allowing for development of standards equal to those enjoyed in the EU.

Following the failed coup in Turkey in July 2016, the EU condemned Mr Erdogan’s response when he declared a state of emergency.

Ms Mogherini and Commissioner Johannes Hahn said the sacking, rounding up and jailing of educators, judges and journalists was “unacceptable”.

Since then Mr Erdogan has done little to adjust his behaviour, holding a referendum which turned the parliamentary system into a presidential one following accusations of state suppression and violence against those not wanting the change.
In the three months since then, Mr Erdogan has frequently spoken about holding another vote on the return of the death penalty, which he said is needed to punish the coup plotters and to restore order.

Leaders of all the major German parties, Horst Seehofer of the CSU, Julia Klöckner of CDU and Christian Lindner of FDP, have all recently called for pre-accession aid to Turkey to be halted.

Only a small amount of the total £4.1billion has been paid to Turkey so far.

Tensions between Berlin and Ankara have mounted since the attempted coup, with Turkey imprisoning several Germans and Germany banning Turkish politicians from entering the country.