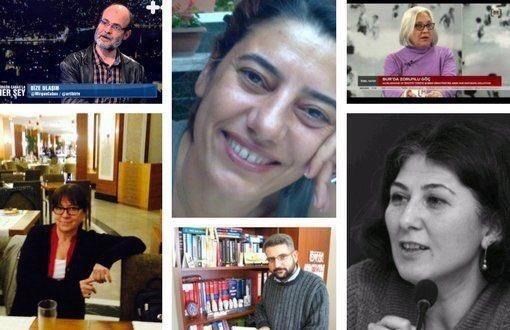 Human Rights Watch released a statement earlier on Thursday (July 6) to demand from the authorities of Turkey for the recently detained human rights activists to be released ‘immediately.’

As the statement mentioned, the organization’s Europe and Central Asia Director Hugh Williamson said, “Detaining some of Turkey’s leading rights activists at a training workshop is a repressive new low for the Turkish state” and added: “The Turkish government should ensure their immediate and unconditional release and provide a public explanation of why it is investigating them as members of a terrorist organization.”

“The dubious circumstances in which Turkey arrested the rights activists points to the alleged charges being arbitrary and unfounded…We are witnessing how far the Turkish state will go in its assault on human rights”, Williamson said.

According to further reports, the owner of the hotel and another unnamed person were also detained.

Since the activist group had met at the hotel just a day before their meeting with Johannes Hahn, the EU commissioner for enlargement who was visiting Ankara at the time, the HRW also urged the commissioner to ‘condemn the detentions and to publicly call for the activists to be released’.

Highlighting the earlier detention of the chair of Amnesty International Turkey, Taner Kılıç, the statement of HRW also said:

“The pro-government media have smeared the detained activists with the label ‘agents,’ a term they often use to defame government critics and foreigners in Turkey. The same media reports also allude to a meeting of foreigners in a hotel on Büyükada at the time of the July 15, 2016 coup attempt in Turkey. The pro-government media claimed at the time that the gathering was a meeting of CIA agents involved in the coup plot…