Message from Germany to Turkish diaspora: 'You belong here' 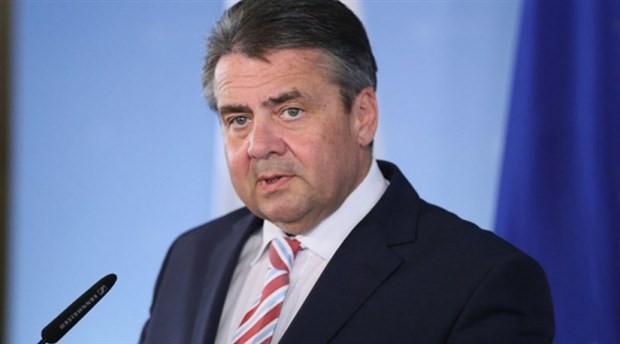 By Thomas Escritt and Michelle Martin

BERLIN - Germany sought on Saturday to reassure the country's 3 million people of Turkish descent it would stand by them as a row with Ankara escalates, saying they were not the target of changes to government policy on Turkey.

In a letter published in German and Turkish in daily newspaper Bild, Foreign Minister Sigmar Gabriel said Germany had no quarrel with Turkish people in either country but could not stand by as "innocent" German citizens were jailed.

Gabriel wrote in Saturday's open letter: "However difficult the political relations between Germany and Turkey, one thing is clear: you, people of Turkish roots in Germany, belong here with us, whether you have a German passport or not."

He said Germany would review cooperation and especially economic aid for the fellow NATO member, and would campaign for Europe to take a clear position on Ankara.

Gökay Sofuoğlu, chairman of the Turkish Community in Germany, welcomed Gabriel's conciliatory words.
"We must not let ourselves be driven apart here in Germany. People with Turkish roots need to focus on Germany," he told Welt am Sonntag newspaper.

Bilateral tensions were already high after recriminations during an April referendum on extending President Tayyip Erdoğan's powers and a pullout of German troops from a Turkish air base that began this month.

Angered by the cancellation of political rallies in Germany aimed at drumming up support for him before the referendum, Erdoğan provoked shock and anger in Berlin by accusing it of "fascist actions" reminiscent of Nazi times.

The activists' arrests are part of a sweeping crackdown across Turkish society since a failed coup against Erdoğan last year.

German officials are also increasingly concerned at what they say is large-scale covert activity by Ankara's security services among Germany's Turkish diaspora.

In unusually strong remarks, German President Frank-Walter Steinmeier told broadcaster ZDF that Erdoğan was "trying not only to tailor the country to himself, but what's left of the critics and opponents is now being hounded, put in prison and muzzled too".

He said Germany could not accept what was happening now in Turkey, so it was right for Berlin to change its Turkey policy.

Chancellor Angela Merkel's Bavarian ally, Horst Seehofer, told Welt am Sonntag the financial aid Turkey receives as part of its bid to join the European Union should be cut off - a view also expressed by Martin Schulz, Merkel's Social Democrat challenger in a September election she is expected to win.

Seehofer said the idea of Turkey becoming a full EU member was "well and truly over" and developments there were "unacceptable and unbearable".

Germany has warned citizens who travel to Turkey they do so at their own risk.