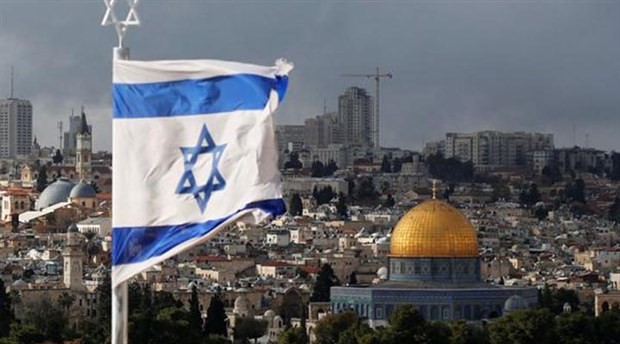 U.S. President Donald Trump announced his administration would begin a process of moving the U.S. Embassy in Tel Aviv to Jerusalem, a step expected to take years and one that his predecessors opted not to take to avoid inflaming tensions.

Freedom and Solidarity Party (Özgürlük ve Dayanışma Partisi - ÖDP) -one of internationalist socialist political party in Turkey- has released a statement in regards to the Trump's decision about Jerusalem.

ÖDP stressed that Trump was in preparation for an attack in the Middle East and that Jerusalem could not be left to the occupying Israeli state.

The following statements were made in the statement: "Trump’s declaration on recognizing Jerusalem as the capital of Israel can be described as playing with fire. This move will refresh the sufferings of the Palestinian people and raise their anger. This will make the resolution of the Palestinian problem even more difficult and will mean giving "green light" to the fascist and discriminatory policies of the extreme right-wing Netanyahu administration. Jerusalem is an important settlement to be left to an invading state, not only to be sacred in three semitic dynasties such as Islam, Judaism and Christianity, but also as world cultural heritage. Day is the day of solidarity with the Palestinian people. We urge the US democratic public to take action to stop this provocative move. The UN should convene as soon as possible, condemn Donald Trump, and stop this attempt. "