Summary of proceedings against opposition MP in Turkey for 'defending secularism’ 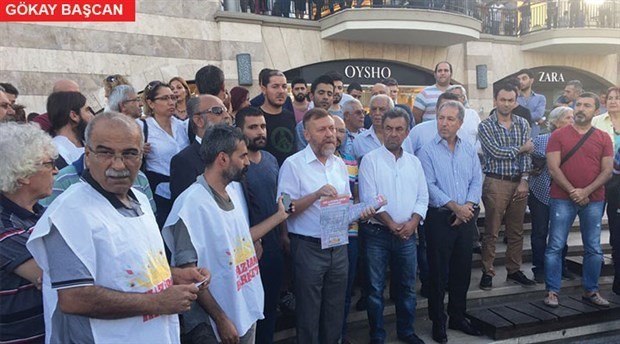 A summary of proceedings has been issued against Turkey’s main opposition MP Aytuğ Atıcı for having demanded secularism.

Earlier last year, the United Haziran (June) Movement had prepared and distributed flyers promoting and demanding secularism in the face of the current government’s policies tending towards religious doctrines in governing. 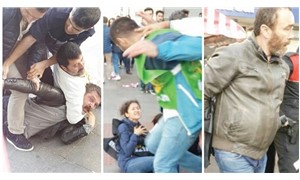 As 8 members of the Movement had got taken into custody, CHP’s Mersin MP Prof. Aytuğ Atıcı had supported the members of the movement and also distributed the flyers in Mersin. The Haziran members were released after a short detention.

Almost a year after the incident, a summary of proceedings has been issued against the MP with an accusation of ‘triggering enmity and hatred among the member of the society.’

Talking to Gökay Başcan from BirGün, MP Atıcı said: “It is quite noteworthy that such action is taken a year after it and right as we hold a Justice March. This actually again confirms why we are marching. It is once again revealed that there is no justice in this country. The AKP government continues its policies to oppress all dissenting voices. These kinds of cases have not legal grounds; they are all political. What could more natural than defending secularism in this country?”

Also sharing his comments about the Justice March, MP underlines that he has been walking since the first day and adds: “Everday, around 15K people march. There is an amazing energy. This march has become a hope for people who have been living stuck in a circle of fear. Only around 10% of the marchers are literally victims (of injustices) but the rest also know that they will be the next, so, they march, too. We all need justice; we are marching for everyone!"

Front-page article of BirGün published on 5 July 2017, Wednesday with the headline of 'CHP MP who said 'we are going to win secularism' gets a summary of proceedings issued against him'