Turkey advises its citizens to take caution while traveling in Germany

The Turkish Foreign Ministry cautioned its citizens to take care in Germany during the election cycle. The travel advisory comes amid a worsening of diplomatic relations between the NATO allies. 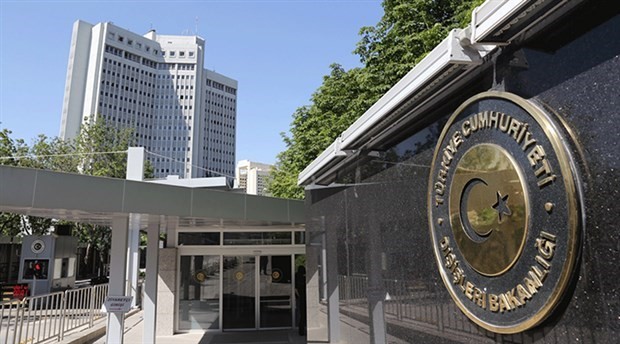 The Turkish Foreign Ministry issued a travel advisory for Germany on Saturday, warning Turks of an upswing in anti-Turkish sentiment ahead of the German national election later this month.

In July, Germany cautioned its citizens about traveling to Turkey after a series of arrests involving German nationals, but the German Foreign Ministry stopped short of an outright travel warning. This week, the ministry intensified its travel guidelines for Turkey.

"The political leadership campaigns in Germany are based on anti-Turkish sentiment and preventing our country's EU membership. The political atmosphere... has actually been under the effects of far-right and even racist rhetoric for some time," the Turkish Foreign Ministry said in a statement.

"Turkish citizens who live in, or who plan to travel to, Germany should be cautious and act prudently in cases of possible incidents, behavior or verbal assaults of xenophobia and racism," the statement added.

Turkey has accused Germany of assisting terrorists by not responding to files sent to Berlin and failing to hand over suspects wanted by Turkish authorities for an alleged role in the 2016 failed coup attempt.

'No, Erdogan - Germany is not anti-Turkish'

German politicians across the political spectrum decried Ankara's travel warning, calling into question the state of freedom of speech and human rights in Turkey.

"The relationship between Turkey and Germany must not develop in the manner that the government in Ankara is obviously and systematically pushing forward," Schulz said on the sidelines of a campaign event in the city of Mainz.

"Germany is not a country that can accept such indignity from Turkey," he added.

Cem Özdemir, one of the two top Greens party candidates, addressed Turkish President Recep Tayyip Erdogan in a message on Twitter, writing: "No, Erdogan, Germany is not anti-Turkish. We fight for freedom of speech – in our market places and everywhere else."

Peter Tauber, the secretary general of Chancellor Angela Merkel's Christian Democrats (CDU), fired back at Ankara in a post on Twitter.

"Is Erdogan warning about traveling to Germany so that the people there don't see how freedom, justice and open-mindedness make a country strong?" Tauber wrote.

In its travel advisory, Turkey told its citizens that Germany welcomes terrorist groups, such as the Kurdistan Workers' Party (PKK) and the network of the US-based Islamic cleric Fethullah Gulen.

Terrorists "walk freely on the streets" of Germany, the Turkish Foreign Ministry alleged. It warned that Turkish citizens were being ill-treated at German airports and that racist arsonists had lit fires in Turkish-populated areas.

Following the failed 2016 coup, the deteriorating rule of law in Turkey has prompted Germany to call for an end to Ankara's bid to enter the European Union, although EU foreign ministers shrugged off the idea at a meeting on Friday, instead stressing the need for dialogue.

About 3 million people of Turkish origin live in Germany.

Relations between the two countries plummeted after a series of diplomatic crises. Turkey was enraged by Germany granting asylum to Turks wanted by Ankara and by its barring of Turkish political rallies in Germany.

Germany was distraught at Turkey's refusal to let German lawmakers visit German soldiers stationed in Turkey and its arrest of several German citizens. And there is growing concern among EU nations that Turkey is sliding away from democracy under Erdogan's rule following a failed coup last year.

About 50,000 people have been jailed and about 150,000 have lost their jobs as a result of a crackdown following the coup, while scores of news outlets have been shut down.