Turkey’s ruling AKP (Justice and Development Party) has come up with a new tactic to draw students to İmam-Hatip (Islamic vocational schools) high schools as these schools’ scholastic achievement levels have once again proved to be low as their students’ scores in the most recent undergraduate placement exams reflected.

Earlier last week, BirGün had reported that the management of an İmam-Hatip high school in Konak district of İzmir province was offering 250 TL (monthly) scholarship to ‘any student’ who is to enroll in the school this academic year. The reported move of the school management received reaction from members of the public who viewed it as a method of AKP to attract families and student with ‘money’.

More recently, it has been revealed that AKP has been using the same tactic in several other İmam-Hatip schools.

In brochures of certain İmam-Hatip schools in İstanbul, it is stated that students with a score of 450 or higher from the secondary education exam (TEOG) will be eligible for a scholarship if they prefer these İmam-Hatip high schools. The source of the scholarship is, however, not stated anywhere. 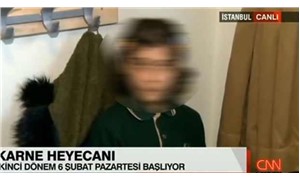 Dream of a 6th grader at İmam-Hatip in Turkey: 'To be the president and bring death penalty'

Commenting to BirGün about this discriminative approach regarding the scholarships, member of the executive board of Turkey’s trade union Eğitim İş, Maksut Balmuk, gave reference to AKP officials’, including Erdoğan’s, previously stated desire to ‘raise a religious generation’ and their efforts to spread İmam-Hatip schools nationwide to fulfill this dream of theirs. Balmuk added: “When the data from ÖSYM (Student Selection and Placement Center) is reviewed, it is clearly revealed that the schools with lowest success rates are İmam-Hatip schools. Since they (government officials) have not left any other alternatives, they have placed students with lowest exam scores to these schools. And, now, they are trying to draw successful students to these schools through various ways of encouragement”.

Also highlighting that these scholarships are in violation of the principle of equal opportunity in education, Balmuk said these kinds of practices would cause polarization among students, adding: “These students (who are offered the scholarships) are between the ages of 10-15. Separating students with these kinds of regulations is like a blow on the education system, rather than a beneficial move”.

Culture and Tourism Minister of Turkey: ‘İmam-Hatip schools are a grassroots movement’

Feray Aytekin Aydoğan, head of another prominent trade union on the education field – Eğitim Sen – has also criticized the recently offered scholarships at İmam-Hatip schools by saying: “Since the legislation of the 4+4+4 law at schools, students have constantly been subjected to discrimination based on their families’ socioeconomic status, their beliefs, and gender. This discrimination is furthered with the differentiation made as to whether a student is attending İmam-Hatip or not. In the name of ‘aid’, İmam-Hatip schools had already been receiving services with high budgets, such as free meals and free school buses.

Nearly all of the newly built schools are being designated as İmam-Hatip schools. And, now, we are faced with this discriminative approach again; this time with these ‘scholarships’. Our children are all children of this country… As Eğitim Sen representatives, we are going to keep our efforts for a secular public education system for all of our children. We reject the rhetoric that separate and polarize our students”.

Front-page article of BirGün published on 5 September 2017, Tuesday with the headline of 'Students are drawn to İmam-Hatip schools with money'