Under AKP, over 16K people in Turkey faced legal action for ‘acting against press law’ 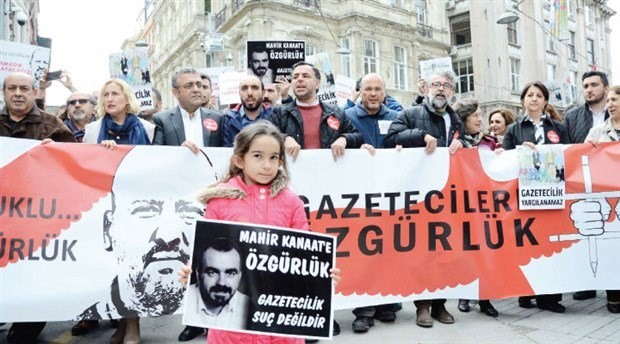 On the eve of Press Day (July 24), main opposition CHP’s MP from İstanbul, Gamze Akkuş İlgezdi, released a report on ‘Media and Freedom’, which included data shared by Turkey’s BYEGM (Directorate General of Press and Information).

According to MP’s report, between the years of 2003 and 2016 – under AKP governments – 16458 people faced legal action over accusations of ‘acting against the press law’ in Turkey. 5084 of them were sentenced.

With 11206 cases, İstanbul was the city with the greatest number (68%) of these cases filed, the Justice Ministry had announced earlier. With 762 cases Ankara followed İstanbul as the second; and, the third was İzmir, with 398 cases. Eastern province of Erzincan had the least number of such cases (1 case) filed between these years in reference to violations of press laws.

Among these cases, there were also 2 children – both males - under the age of 15 and 87 children older than 15. Of the 87 children who faced legal action for going against press law, 79 were males.

As Progressive Journalists Association of Turkey also reported, the total number of press members taken into custody between the dates 15 July 2016 and 15 July 2017 was 318. 103 journalists have been arrested within this time period.

As of June of 2017, BYEGM states the total number of registered and accredited journalists with active press cards was 14904.

And, it has recently been revealed that 708 press cards have been cancelled since the attempted coup in July of 2016.

The total number of cancelled press cards between 1 January 2013 and 1 July 2016 was 35991. While 30343 of them were routine cancellations for renewal, 5648 of them were cancelled with the reasons of misconduct; non-eligible police record; lack of meeting requisites; and, permitting the card to be used by someone other than the holder.