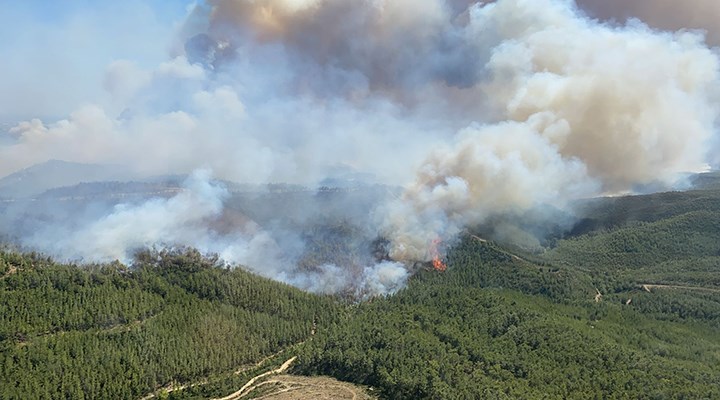 Wildfire broke out at 4 different points in the Manavgat district of Antalya. In the fire area, where air and land interventions have continue, the flames also spread to residential and agricultural areas. Minister of Agriculture and Forestry Bekir Pakdemirli also moved to the region to manage the forest fire response on site.

The forest fire, which broke out at around 12 PM in the forest area near Yeniköy Neighborhood, spread in a short time with the effect of the wind. In addition to olive groves, laurel, and almond groves belonging to many people in the region, the fire, which is also effective in the forest area, started to be intervened by air and land. The fire spreads to the settlements and agricultural areas, as well as to areas where animals live.

GOVERNOR: RESIDENTS HAVE BEEN EVACUATED 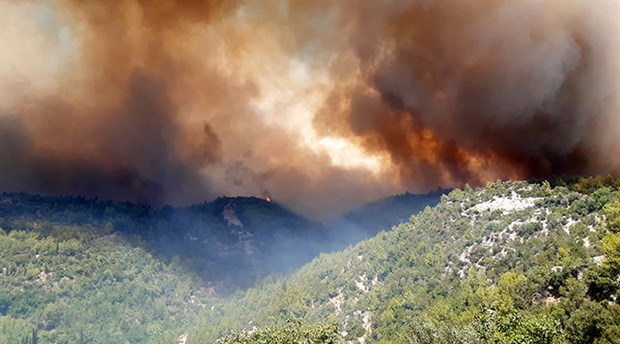 It was learned that fire broke out at 4 points in the Yenikoy, Sarilar, Bahcelievler, and Sorgun regions of Manavgat. The forest fire in Sarİlar District also spread to residential areas. "The fire is moving towards settlements. Residents in Evrenseki, Kalemler, and Yeniköy neighborhoods were evacuated due to the fire. The air temperature is high and the wind is blowing. The temperature is about 44-45 degrees. We evacuated the threatened houses. We are experiencing an unprecedented fire. Currently, there is no loss of life. There is no clear information. There is information from the villages that there are people who are trapped. There is a possibility of injury." said Mustafa Yigit, Manavgat District Governor.

While the forest fire, which started at four different points in Antalya's Manavgat district at around 12 PM, grows rapidly with the effect of the wind, the teams are making great efforts to extinguish the fire. Officials of the Manavgat Forestry Directorate stated that the fires in the district were intervened with two planes, 15 helicopters, 111 sprinklers, six dozers, and 450 forest workers.

On the other hand, the dense smoke caused by the forest fire in Manavgat was also seen from the city center, 80 kilometers away. (DHA)