Anasayfa BİRGÜN DAİLY Chair of Turkey’s CHP comments on Erdoğan’s threats: ‘He has such a mindset of a coup plotter’
BİRGÜN DAİLY 19.06.2017 10:14

Chair of Turkey’s CHP comments on Erdoğan’s threats: ‘He has such a mindset of a coup plotter’

Yesterday (June 18) was the fourth day of the Justice March in Turkey, which was started by leader of the main opposition after the detention of CHP İstanbul MP Enis Berberoğlu. Support for the march continued to grow on the fourth day, too.

Talking to BirGün on Sunday (June 18), Kılıçdaroğlu responded to the latest statement of President Erdoğan by saying: ‘He is presenting my Constitutional rights as if he is doing a favor. Such a mindset of a coup plotter!’

Earlier, Erdoğan had asserted that ‘the march was illegal but it was the kindness of the AKP government to allow it.’

“Actually, it is favor”, Erdoğan had said.

Kılıçdaroğlu also noted that Erdoğan’s reactions were also causing the support for the march was to grow by each day.
Asserting that the march is for all 80 million people of Turkey, Kılıçdaroğlu continued with his remarks: “He (Erdoğan) also knows how right the purpose of this march is. And, he cannot insist and say to us ‘Why are you marching? There is already justice in this country.’ Only thing he can say is ‘why are you marching for justice?’ We want justice. As 80 million people of Turkey, we want to live in justice regardlesss of views or beliefs. They (AKP) are bothered by this.”

Referring to Erdoğan as the mastermind of the ‘July 20 coup’ – the date when state of emergency was declared -, Kılıçdaroğlu said ‘nothing done by the government will shock him anymore’.

“The July 20 coup brought darkness to Turkey. We want to bring light. Here, there are children whose parents are jailed; and, they want justice... Workers, employers, farmers, dismissed academics... they all want justice. The two jailed academics who are on hunger strike want justice. And, we want justice for all”, he said.

Commenting on the threat of Erdoğan, Kılıçdaroğlu said: “They want to provoke us but we are not going to fall for it”...

Front-page article of BirGün published on 19 June 2017, Monday with the title of 'Justice for all 80 million in Turkey' 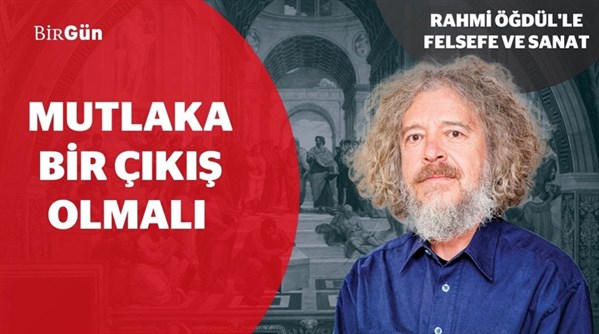