Mother and family members of Eren Bülbül, the 15 year old child who was killed in Turkey’s Trabzon during a clash between security forces and PKK, reacted against the killing of the teenager and deemed it as ‘neglect’.

Bülbül was taken by security to a mountain house in their village where it had been reported that PKK militants in the area had broken into earlier. Mother of Bülbül said her son Eren had called the security forces in the area to report the incident. The 15 year old was then repeatedly called back by officers and eventually told to direct them to the house that was broken into. 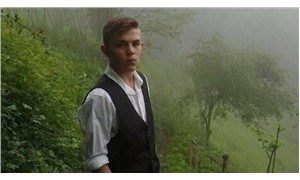 After meeting with a sergeant on Friday, Bülbül attended the Friday prayer at mosque with the sergeant and then headed to the mentioned house, around which a clash took place between PKK militants and Turkish officers.

“Why would they call my child but not me?” questioned the mother in grief, adding: “Taking Eren to the site of the incident is not a hundred but a thousand percent mistake! I want an explanation why Eren was taken there after the Friday prayer. I want to hear an answer for this from our prime ministers, our ministers, and other officials”.

A teenager who had lost his father about 18 months ago, Eren used to live with his mother and sisters in mountinous Maçka district of Black Sea province of Trabzon and used to help his mother in summer times by going to work to pick hazelnuts at nearby towns.

As the teenager’s older brother .Çağlar Bülbül and his sister in law Aysel Bülbül also criticized the authorities for deciding to take a 15 year old to a site of possible clash, the Interior Ministry stated that it will be sending inspectors to the site to take part in the investigations launched by the chief prosecutor’s office of Maçka and to evaluate whether there had been any negligence on the part of the security.