Reaction against the bill on judiciary: We don’t want a judge with a boss

Reaction against the government’s new bill on dissolution of higher judicial bodies is growing. This bill has been brought into discussion in a meeting in Ankara with the leadership of the Union of Turkish Bar Associations.

The Union’s Chair Metin Feyzioğlu defined the regulation that is to open the way for dissolution of the Court of Cassation (Yargıtay) and the Council of State (Danıştay) as the beginning of a disaster and inexplicable by reason. Member of the 8th Bureau of Yargıtay Mustafa Ateş also said, “I would rather quit than be a judge with a boss. At a pinch, I would be a lawyer.”

Opinions on the bill that drew on heavy criticism are as the following:

‘We are not afraid’
Mustafa Ateş (Member of Yargıtay 8th Bureau): I started on my duty as a judge with the belief that I were going to have a rob without a button, a buttonhole and a pocket. And, so far, I have never tended to button up in front of anyone. And, if I continue my duty, I still want to live like that. A famous philospher says ‘freedom is to be able to give up.’ And, I face up to give up rather being a judge with a boss. I don’t have an expectation. I’m not afraid. I don’t hesitate. If necessary, I would quit and return to being a lawyer.”

“We are moving away from state of law”
Yusuf Ziya Arıcan (Member of Yargıtay): Just as with all other independent institutions, now the higher judiciary is tried to be made submissive. We are moving away from state of law in a fast way. At first, I thought being a member of higher judiciary would enchance freedoms. However, I realized that the current members have other kinds of worries. Worries about their children’s jobs, about their grandchildren’s jobs... Everybody is tied up in one way or the other, my friends! I’m really so sad. The legislative branch does not want to share power. It’s clearly stated in the constitution: ‘The Judiciary makes decisions on behalf of the Turkish nation.’ They have no toleration for this. We have to unite as one and fight against this situation.”

‘Beginning of a disaster’
Metin Feyzioğlu (Chair of the Union): The issue is the collapse of the system, not only dissolution of the judges. The way to pick out the unlawful structures within the judiciary is not to dismiss all judges. This is the beginning of a disaster. Who will guarantee that the new judges that would be appointed after the ones dismessed will not be dismissed, either? Isn’t this absolutely, with no doubt, a way to make the judiciary dependent on the legislative branch?

Ümit Kocasakal (Chair of İstanbul Bar Association): There is an honorable method called ‘resigning.’ The head of the Danıştay must resign immediately. A person who has intended to button up a rob that does not have buttons and holes should not remain in that position. The same thing goes for the head of the Yargıtay. They have lost trust. The higher judiciary becomes high through things that they do and do not do. Not just through the title they have! The higher judiciary members have no duty or authority to join country tours or to pick tea with the President.”

‘A law to bundle up higher judiciary’
Prof. Dr. Korkut Kanadoğlu: This change of law can also be defined as the ‘law to bundle up higher judiciary.’ And, not even under martial law this kind of bundling could be dared. Constitutional Court can make retroactive decisions. There are examples of it. In the face of all this legal gap, if such a bill is legislated in the parliament, the responsibility of this will be on those legislating it. And, those people will be remembered with shame in history.” 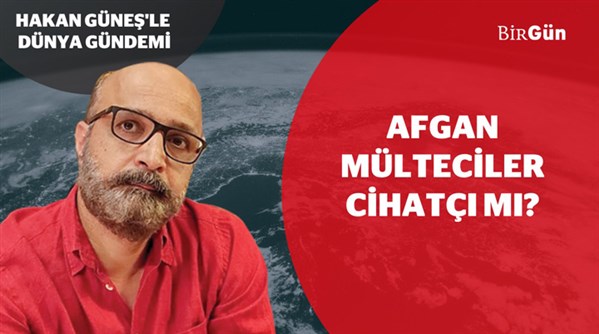