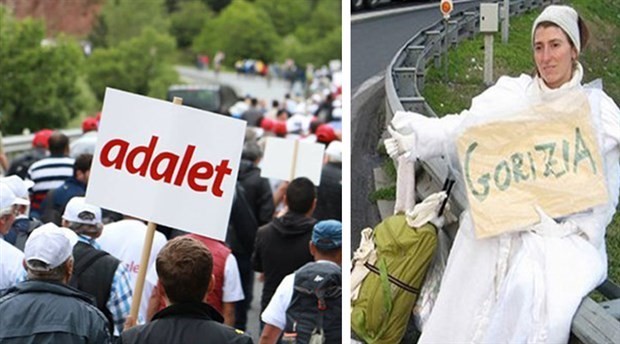 Members and representatives of over 70 women’s associations in Turkey will be joining the Justice March in Gebze, where Italian artist and peace activist Pippa Bacca was found murdered back in 2008.

In their joint statement, activist women said they will be joining the march on Thursday (July 6) to express the voice of ‘women seeking justice in the face of patriarchal policies, as well as, general norms, which discriminate against women and protect men that act in violence against women’.

“Life of Pippa Bacca was ended as a result of patricarchal violance while she was travelling the world for peace by hitch-hiking to prove that the world was still a safe place. As it is the case today, the mainstream media was busy with finding ‘reasons’ for the crimes against women. And, the facts such act were covering up is that violence against women was not studied or statistacaly recorded; tendencies for discrimination and inequality lying beneath patriarchial violence were legitimized by authorities; and, criminals – of cases of violence against women – were granted abatement,” the statement read. 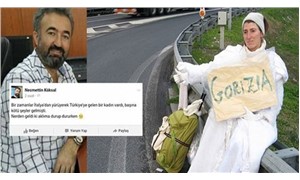 Scandalous message of an assistant principal in Turkey on Justice March

Women also drew attention to the widespread injustices faced by millions in the country today, especially as a result of the emergency decrees that left hundreds of thousands unemployed and tens of thousands jailed – including over 100 journalists and 12 lawmakers and added that ‘children, women, and LGBT individuals were again among the groups impacted the most’ as a result of government’s oppression of any voices in dissent.

‘We want not a patriarchic justice but a real justice’, said women activists and called on ‘everyone to join the march in order for democracy to be rebuilt and for everyone to live in equality and freedom.’

The 70 organizations that signed the joint statement include local women’s associations from all regions of the country, as well as, national institutions; women’s branches of left-wing political parties HDP, ÖDP, and EMEP; women members and representatives of trade unions; LGBT communities; human rights associations; and more.