Turkey has been faced with violations of fundamental rights at various fields of life in the aftermath of the July 15 coup attempt. Having prepared a report on ‘human rights and violations’, CHP İstanbul MP Sezgin Tanrıkulu shared information with regards to violations of rights and other issues damaging to people's lives and democracy that have been experienced this year between the months of July and October.

Emphasizing that the decrees passed under state of emergency following the coup attempt have been used by the ruling party to shape the overall state of democracy in Turkey, Tanrıkulu touched on the cases of violations of freedom of speech and expression; of deaths and suicides; and, unlawful discharges and detentions. 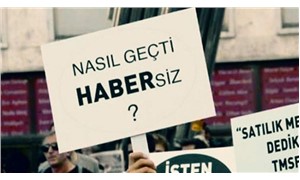 According to the findings shared in the report, on the night of the coup attempt and the early morning hours of the next day – July 16 -, a total of 270 people - 179 civilians, 62 police officers, 29 soldiers – lost their lives and 2195 people got wounded. On top of that, four people, who had been taken into custody in scope of the FETÖ operations, died in prisons. While death of one of those four people was caused by negligence of officials in prisons, deaths of the other three still remain suspicious.

Since the AKP government’s massive crackdown on almost all state institutions, on media, and other civic sectors and fields of life has been started, reports of suicide cases connected to FETÖ operations have also spread. So far, since late July, 15 people – among whom are police officers, military members, teachers/educators, and an imam - have been reported to have committed suicide in relation to allegations and legal actions of the government about their involvement and/or connections with the Gülen movement.

Violations of right to have freedom of speech

Numerous professionals in opposition – including leftists/socialists -, who have nothing to do with the Gülen movement, have been taken into custody. While the number of those totaled to 74 – mostly journalists -, 47 people also got arrested without any sound evidence and connection to the scope of the operations. Meanwhile, the overall number of those taken into custody under these operations has reached 50,000. And, 25,000 people have been arrested.

Witch-hunt: Leftist and democratic professionals being dismissed in scope of FETÖ/PDY operations

While there has been a widespread crackdown on various fields, education sector has been one of the fields that the government has hammered down the most with its decrees passed under state of emergency. Throughout the process, 4225 academicians were suspended and 2341 have been dismissed. 44 academicians who are the signatories of the Peace Petition are also among them.

Meanwhile, the status of nearly 15000 associate professors who had been employed under the Faculty Member Placement Program has been given a new status where their job security has seriously been jeopardized. Furthermore, about 11000 teachers – more than 9000 of whom are member of Eğitim Sen (Union of Education and Science Workers) – have also been suspended.