Witch-hunt: Leftist and democratic professionals being dismissed in scope of FETÖ/PDY operations

With the latest statutory decrees passed under state of emergency, universities have been targeted. Among the 2,346 academicians dismissed from their positions, there are also many members of Eğitim Sen (Union of Education and Sciences Workers) and signatories of the Petition of Academics for Peace. Also, as part of these decrees, it has been enacted that the replacements of dismissed municipality heads will be done through ‘appointments’, rather than through ‘elections.’

Announced at the Official Gazette (Resmi Gazete) recently, the latest statutory decrees passed under state of emergency have ordered for the dismissal of 42,881 state employees at various departments and posts ‘in relation to FETÖ/PDY’ investigations. While a great majority of them are in the Ministry of Education, the number of those just at universities is 2,346. And, among the discharged members from universities, there are also several members of Eğitim Sen (Union of Education and Sciences Workers) and signatories of the Petition of Academics for Peace.

Furthermore, there are also other names such as the president of the also recently shut-down Union of Judges and Prosecutors (YARSAV) Murat Arslan; the lieutenant colonel Mehmet Alkan who had reacted against the government greatly during the funeral of his martyred soldier brother; as well as, doctors and even students, and more.

While these dismissals have been put in force through statutory decrees (with the codes of 672, 673, and 674) another controversial decision included in these decrees is with regards to the ‘appointment’, rather than election, of new municipality heads in place of those former ones that have been dismissed.

Over 100 members of Eğitim Sen dismissed without a valid reason

Eğitim Sen has announced that over 100 of its members employed under the Ministry of Education have been dismissed from their positions. In its statement, Eğitim Sen noted: “Including our branch chiefs of Adıyaman, Batman, Bingöl, Bitlis, Dersim, Gaziantep, and Mardin, over 100 members of ours, along with 30 members of ours, from various universities, who have signed the Petition of Academics for Peace, have been dismissed in a completely arbitrary way."

Of the 20 people dismissed from their positions at Ankara University, 8 are members of Eğitim Sen. Ankara 5thBranch (the branch of universities) Executive and research fellow Aysun Gezen is also listed to be dismissed. Dr. Gülseren Adaklı, who is a former branch head of Eğitim Sen, is another name, along with fellows Abdülcelil Kaya, Ahmet Ozan Değer, Esra Dabağcı, İlkay Kara, Nail Dertli, Onur Can Taştan, all of whom are known with their ‘active’ memberships in Eğitim Sen.

Another thought provoking point with regards to their dismissals, which once again has flamed up concerns about an ongoing ‘witch-hunt’, is the research topics of these dismissed fellows. It turns out that their fields of study have involved research in ideologies, social policies, fascism, neo-liberalism, history of labor unions, strikes of workers, and the like.

Former rector of Hacettepe University is among the dismissed

Of the dismissed people at Hacettepe University, the ones that especially caught attention are the former rector of the university A. Murat Tuncer and other high level professionals. Doctor Tuncay Delibaşı, who is known for having examined and treated Fethullah Gülen in USA in the past, as well as, many state officials including former presidents Süleyman Demirel and Abdullah Gül, has also been dismissed.

Gazi University is among the universities where most dismissals took place

Gazi University of Ankara is one of the universities where most dismissals took place. Among the names dismissed at this university, there are also Peace Petition signatories Betül Yarar and Kemal İnan. These two same academicians had previously been threatened by far-right nationalists, who had marked their doors in an attempt to warn them, because of their support in the petition. They had also been suspended from their posts following the coup attempt; and, now, they are officially dismissed.

METU had not listed any names

While lists of names with ‘potential’ ties to Gülen Community were being submitted by numerous universities throughout Turkey, no academician has been listed or dismissed from Middle Eastern Technical University (METU). It had been previously claimed that YÖK (Board of Higher Education) had requested from the executives of universities to submit a list of people that they deemed as having ties to the Gülen movement, as well as, the names of those standing as signatories of the Peace Petition.

Dismissals at universities all across Turkey

While at Kocaeli University 19 peace academics, including the known faculty members Onur Hamzaoğlu, Nilay Etiler, Kuvvet Lordoğlu, Yücel Demirer and Hakan Koçak, have been dismissed, other universities across Turkey have also been included in this latest surge of dismissals. Niğde University, Adıyaman University, and Anadolu University are a few of the many others.

All of the standing members that are researching and continuing their graduate study currently under ÖYP (Faculty Member Placement Program) have been placed under a status that will force them to leave their institution as soon as their academic study is completed.

Key advisor of CHP Chair Kılıçdaroğlu has also been dismissed

Previously suspended as part of the FETÖ/PDY operations, academician and Kılıçdaroğlu’s key advisor Prof. Fatih Gürsul has also been dismissed from his position at İstanbul University under the recent decrees.

As academicians found out about their dismissal from the announcement released in Official Gazette on 2 September 2016, many of them shared their reactions and objections on social media. Professor from Munzur University’s History Department Candan Badem, whose attempted arrest and suspension had previously caused public reactions, also posted a message on his twitter account: “Good morning. They have also dismissed me from civil service through today’s statutory decree. There is no evidence; but there is a verdict. Islamic fascism!”

Also dismissed through a decree, YARSAV President Murat Arslan made statements about the latest developments and said: “We said that the process has turned into a witch-hunt after July 15. And, what we are going through today shows that we were right. Throughout history, those who demanded democracy and rule of law have always had to pay the price. And, now, it is our turn to pay the price. We are going to pay this price but we are not going to give up on our fight for democracy and law. Democracy and rule of law are definitely going to prevail in this country. We are going to keep our fight!” 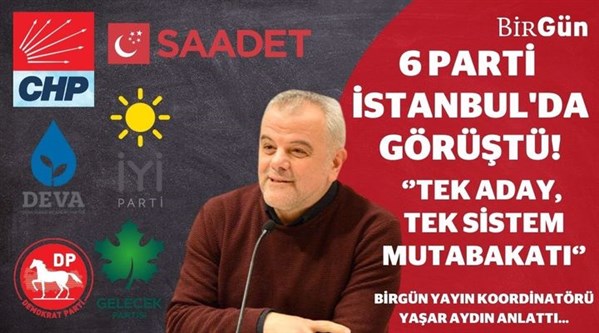